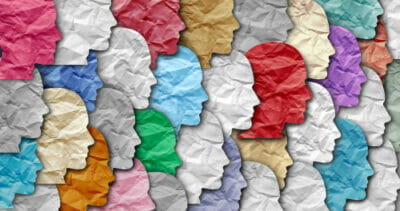 What are personality disorders?

What Are Common Personality Disorders?

The most frequently reported personality disorder among American adults is obsessive-compulsive personality disorder. This type of disorder causes an individual to be excessively interested in details, scheduling, organization, or rules. This preoccupation stems from a desperate need for perfectionism and a deep-seated lack of control over reality. This may cause individuals to perpetually procrastinate, have difficulty socializing, and experience an overwhelming sense of constant anxiety.

Obsessive-compulsive disorder, abbreviated as OCD, is a different and more serious disorder than obsessive-compulsive personality disorder, or OCPD. Obsessive-compulsive personality disorder is a personality disorder that involves an individual expecting an unreasonable amount of perfection from others or themselves. These individuals will often take a rigid approach to making decisions. They have a tendency to impose their view of how the world should be on others, which may involve a strict adherence to rules or an excessive amount of caution, according to this article. Choosingtherapy.com says that almost eight percent of the population may suffer from OCPD. Often, someone with OCPD does not spend time in relationships or self-care because of their need to be productive. Many of the symptoms of OCPD, such as productivity, conscientiousness, and other traits would actually be quite helpful if they existed in moderation. However, an individual with OCPD usually carries these traits to extremes.

According to this article, a person with OCPD is unlikely to seek treatment because they view their own perfectionism as normal. They are more likely to seek help with their interpersonal relationships than with their personality disorder. However, if they do seek treatment, there are several strategies that are used. One is known as traditional talk therapy, according to choosingtherapy.com. The therapist and patient sit down and talk through the issues that may have gone into the development of OCPD in this person’s case. The therapist tries to understand what the patient’s motivations are in order to help the patient stop engaging in harmful or unhealthy behaviors. Other methods used include radically open dialectical behavior therapy, medication, family and couples therapy, and lifestyle changes.

Paranoid personality disorder is best described as an uncontrollable and persistent distrust of other individuals’ intentions. Those who suffer from this disorder often believe that specific groups, individuals, or businesses are targeting them for abuse, extortion, or other reasons. These thoughts manifest through the individual’s strong desire to withdraw from society to protect themselves. Sadly, those who suffer from paranoia frequently fail to foster close relationships because of their distrust. Symptoms may include extreme hypervigilance, excessive suspiciousness, a strong sense of independence, and remaining guarded and emotionally closed off. Recent studies suggest that nearly five percent of the U.S. population suffers from diagnosed paranoid personality disorder.

According to webmd.com, those with paranoid personality disorder can have trouble seeing their own role in conflicts. In other words, they may believe that they are always right. Also, they may have difficulty relaxing, and they may be stubborn or argumentative. It is usually first diagnosed in early adulthood, and men suffer from PPD more often than women.

My.clevelandclinic.org says that psychotherapy is often the most effective form of treatment for those with paranoid personality disorder. This can sometimes be difficult, because psychotherapy requires trust between the patient and therapist, but people with PPD have difficulty trusting others and may resist treatment. Medication is not usually used to treat PPD, although it may be used if the personality disorder is accompanied by depression or anxiety.

Researchers have identified that around four percent of the population suffers from antisocial personality disorder. Antisocial personality disorders were originally the only form of disorder until these categories were later expanded to include the anxious, fearful, odd, and eccentric behaviors listed above and below. The most common characteristic of those with this disorder is a lack of concern for other people’s needs or rights. This underlying trait causes bigger issues with authority, social rules, and learning from experience. Antisocial personality types are frequently overly aggressive, impulsive, irritable, and lacking in guilt. While they are great at socializing superficially and may even seem charming, most of their relationships are short-lived because they use people for their own ends.

According to everydayhealth.com, antisocial personality disorder is not usually diagnosed until the age of 18. Before that, children may have what is known as conduct disorder, which manifests itself in agression towards people or animals, decietfulness, and a serious disregard for rules. When they grow up, they often retain a lack of attention to the needs of others and a complete lack of guilt. Often, a person with antisocial personality disorder will have a criminal record.

Antisocial personality disorder, says everydayhealth.com, is extremely difficult to treat because the patient does not experience the remorse that others, even others with different personality disorders, experience. They do not see that anything is wrong. They see the things they have done as necessary for their own advancement. Sometimes it takes an encounter with the criminal justice system to get them to see a therapist. Once someone has finally agreed to treatment, cognitive behavioral theory is sometimes effective, though research is still taking place on how best to help those who suffer from antisocial personality disorder. It is difficult to help someone with antisocial personality disorder learn to understand others’ feelings; however, it is sometimes effective to teach them to act with empathy even if they cannot feel it. They may eventually learn that it is easier to get along in life if they act as if they care about others’ rights, even if they do not.

The American Psychiatric Association estimates that between six and seven million Americans suffer from schizoid personality disorder. The most recent research from the National Institutes of Health on the subject suggests that almost five percent of the population has schizoid personality disorder. These types of individuals are often struggling with social isolation due to their inherent pattern of social detachment and introversion. Sufferers often have a very restricted range of emotional expression, and they are frequently labeled as loners. These individuals are most often indifferent to both criticism and praise. These loners of society are often highly functioning and well-respected community members, so they are rarely treated through medical intervention.

However, when a person with schizoid personality disorder wants help in developing relationships, a therapist can often help them with talk therapy, says this article. The therapist will help them think through how they can develop relationships. They will ask about the patient’s feelings, without pushing too hard, until the patient feels able to talk or open up. Another helpful technique can be group therapy. This can allow the person with schizoid personality disorder to put their new interaction skills into practice.

Narcissistic personality disorder is the most elusive and difficult disorder for researchers to study. A diagnosis of this condition is still considered highly controversial, so it is unclear how prevalent this disorder truly is. The disorder presents itself as an extreme sense of grandiosity, a failure to take accountability for one’s actions, and a lack of empathy for others. While some selfishness is necessary for survival, malignant narcissists take this to an unimaginable level. These individuals are driven to become some of the most successful, famous, and wealthy members of society. Any failings are blamed on scapegoated victims, and the narcissistic individual is unable to accept personal responsibility for any negative actions or emotions they have. Some experts estimate that around one percent of the population suffers from narcissistic personality disorder, but the exact number is hard to determine. Due to the extreme egotism and the manipulative tactics employed by these individuals, they rarely ever seek treatment or see an issue with their own behaviors. When called out by others, they are skilled at deflecting the blame and avoiding a diagnosis.

If a person with narcissistic personality disorder does seek treatment, however, it is often in the form of talk therapy, says this article. The therapist can help the patient talk through what is happening and help them understand that healthy relationships will be more enjoyable, even for the patient themselves. They can also help patients to understand how they recognize and regulate their own feelings, and they often help patients to become aware of their own potential so that they can accept failure or criticism. They can also help the patient to understand where their emotions come from. Talk therapy is the main form of treatment, although medication is sometimes used if the person also suffers from depression or anxiety.

In conclusion, NBC News highlights that personality disorders are the second most commonly listed problem that young Americans self-report struggling with. The sweeping increase of violence among students in America has raised the public’s awareness about the worrying prevalence of untreated mental illness, but much more work needs to be done to spread knowledge about these serious, yet very common, personality disorders.

This concludes our list of the five most common personality disorders.