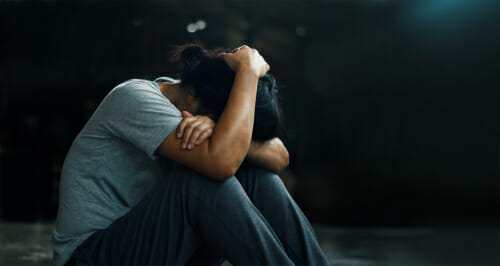 PTSD is a mental health condition that, through the years, has been referred to as “shell shock” and “combat fatigue” because it affected soldiers who fought in World War I and World War II. Approximately 8 million people experience PTSD in any given year. Whereas PTSD was not always recognized for what it was, today more attention is drawn to this disorder so that the victims of PTSD can get the treatment they need and deserve.

PTSD (Post traumatic stress disorder) is a psychiatric disorder that happens to people who have witnessed or experienced a traumatic event. Although the people most commonly affected by PTSD were soldiers who were in combat, PTSD can result from various types of traumatic events, including terrorist acts, war, serious accidents, violent personal attacks like rape or assault, or natural disasters.

PTSD is not limited to a certain ethnicity or gender but can occur in all people and of any age. However, women are more likely to be affected by PTSD than men are. The American Psychiatric Association reports that about 3.5% of the adults in the United States suffer from PTSD.

Although symptoms can vary not only in severity but from one person to another, they generally fall into four categories.

In order for a diagnosis of PTSD to be made, the individual must exhibit the symptoms for at least a month. In many cases, the symptoms continue for months or even years. Some people with PTSD develop symptoms within a couple of months of the traumatic event, while others may not show symptoms until much later. The individual may have small symptoms or may have severe issues.

To accurately diagnose PTSD, the person must have exposure to a distressing traumatic event. For instance, a person may go through a traumatic event like an assault but may not show PTSD symptoms until he has exposure to another upsetting event such as a family death. Victims of PTSD may also suffer from substance abuse, memory problems, depression, and other mental health or physical problems.

The treatment for PTSD can depend on the individual, the severity of the symptoms or the specialist treating the person. In some cases, the person may get better on their own over time, but many others must seek professional treatment. Treatment might be one or more of the following.

People suffering from PTSD often have a difficult time functioning in society. With treatment as well as understanding and compassion from society, PTSD sufferers have a good chance of getting better and retaining the life they had before the traumatic event.