Used as a scientific approach to understanding different behavior, ABA is a method of therapy used to improve or change specific behaviors. In simple terms, ABA changes the environment in order to change the behavior. It’s not just used to correct bad behavior. While we often think of the word “behavior” as meaning bad behavior, that’s not always the case. In reference to ABA therapy, behavior is what we do and how we act. ABA therapy is used to improve behaviors like social skills, reading, academics, and communication as well as learned skills like grooming, hygiene, fine motor dexterity, job proficiency and even simple things like a child keeping his room clean. 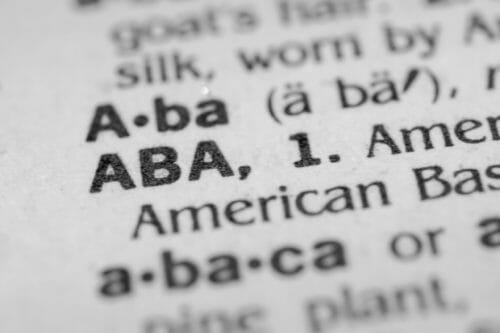 How Did ABA Start?

Anyone who took a high school or college psychology class will recognize these three famous names: Ivan Pavlov, John Watson and B.F. Skinner. All three helped contribute to the psychology field of behaviorism. Pavlov was the Russian scientist who worked with dogs. He discovered how to train the dogs’ reflexes and named the learning method classical conditioning. He was one of the earliest psychologists to prove that an environmental stimulus, such as a ringing bell, can be used to stimulate a conditioned response, such as drooling. John Watson applied Pavlov’s theory to human subjects and officially established behaviorism as a field of psychology in the early 1900s, B.F. Skinner was the psychologist who created the concepts of operant conditioning and schedules of reinforcement.

Did you know that there are some basic reasons why challenging behaviors occur? The reasons include avoidance, such as taking an exam or doing an unpleasant chore, as well as getting attention, which could be either positive like a hug or negative like a lecture. The challenging behaviors could occur because the individual wants to get something or go somewhere. They also occur because the individual wants to experience something positive through their senses, such as elation or excitement. Other motivations for behavior include reward, curiosity and competition.

Do You Know Your ABC’s?

ABA therapy uses a three-step model to analyze the behavior of clients called antecedent, behavior and consequence. The antecedent is an event that happens before a behavior occurs or triggers the reaction. This could be anything in the client’s environment like a rude comment by a peer or a sudden change in schedule by a teacher. Internal triggers include any physical state, such as discomfort or hunger. Note that ABA therapy minimizes the complex cognitive psychology factors such as memory, perception, emotions and mental processes. Next, the behavior section refers to external actions that are measurable and observable. These behaviors may be internal, such as anxiety or anger, but ABA therapists usually focus on quantifiable actions. Finally, consequences are anything that results from the behavior, which can either decrease or increase the likelihood of repeat behavior.

Let’s say an ABA therapist works with children on the spectrum in a special classroom. The goal is to replace less desirable behaviors with appropriate and sustainable solutions. Every child will likely have their own behavior plan that sets approved consequences for specific behaviors based on functioning and importance. These plans will usually include tools and methods to teach appropriate behavior alternatives. The success of ABA depends on the therapist’s ability to identify and teach replacement behaviors in unison with the reduction of the challenging behaviors. So if a student gets upset when they must transition between activities, the therapist may help the student understand how to appropriately request attention and respectfully communicate needs. The therapist may also minimize transition challenges through gentle timers, color scheming and geographic classroom zones.

Unlike traditional therapies that try to determine how and why a person behaves the way they do, ABA therapy focuses on replacing one type of behavior with a more appropriate behavior. It utilizes positive reinforcement. One example would be a child who dislikes cleaning his room but dislikes washing dishes even more. A parent might give the child the choice of not washing dishes if he cleans his room. When the child is finished cleaning his room, he gets praise for a job well done. This falls back to the “change the environment to change the behavior”. Another way ABA is used to continually ask the patient to do a certain task repeatedly until the patient does what is asked. When the client complies, the client is praised.

A prompt is anything that effectively helps the client respond to the therapist. Prompts are antecedents in the above mentioned ABC model. They are used if the client hasn’t completed the task and if they aren’t ready for positive reinforcement. There are verbal prompts, like the therapist repeating a word that is being learned, as well as gestural prompts, such as pointing or nodding. A visual prompt involves noticeable cues like a picture, symbol or video. Modeling prompts involve the therapist showing how to do something, then asking the client to imitate. A full physical prompt means the therapist will direct the client with hands-on guidance, such as helping the client-child use scissors appropriately. A positional prompt requires the therapist to place the correct answer or object near the client.

How Often is ABA Therapy Used?

ABA therapy is often distinguished as behavior therapy for autism patients, but it can’t be stressed enough that ABA therapy is used for child and adults needing behavior modification for many conditions or situations. To be most effective, ABA therapy should be used for at least 20 hours a week. Children in need of ABA therapy should begin receiving the therapy prior to the age of 4. ABA therapy is even used for elderly patients who have lost certain abilities due to aging or memory loss, etc. It’s not used to get the patient’s abilities back but to help them better cope with the loss. It’s also used with couples having relationship difficulties or even with employees in the workplace. 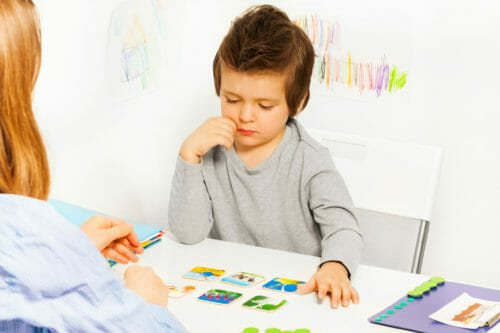 Research by the National Institutes of Health shows that ABA therapy is an evidence-based practice (EBP) that is also beneficial in early childhood education. The American Psychological Association categorizes ABA under their Division 25 (Behavior Analysis). Many studies show that ABA interventions are effective for improving language, cognition, adaptability and social skills. They can also help reduce anxiety and aggression. These scientific studies may follow experimental groups of children who receive anywhere from 20 to 40 weekly hours of ABA therapy for years. Some researchers feel that children with autism spectrum disorder should have access to at least 25 hours a week of comprehensive training to increase communication skills and reduce maladaptive behavior. Researchers and teachers generally agree that parents and caregivers who strongly advocate for consistent, high-quality interventions will maximize the optimal outcomes.

How to Become an ABA Therapist?

ABA therapists are licensed psychologists who have completed a training program and obtained certification through the Behavior Analyst Certification Board. Based on what the U.S. Bureau of Labor Statistics reports, psychologists must complete at least a bachelor’s degree. However, most state governing boards require licensed therapists, counselors, social workers and clinical professionals to have a master’s degree. Psychology Today states that to obtain the Board Certified Behavior Analyst (BCBA) credential, the ABA therapist must complete at least a master’s degree and a specific number of hours of clinical education and experience.

How to Choose the Right Degree

A graduate student who wants to become a Board Certified Behavior Analyst (BCBA) through the Behavior Analyst Certification Board (BACB) should carefully choose their degree program. The BACB works with universities to create fast-track programs for future ABA therapists. The BACB usually requires colleges issuing degrees in behavioral analysis to include 18 to 20 credit hours of specific psychology courses. This includes classes in ABA ethics, foundations, applied design, technique applications and school based interventions. This course set will be only available to current students or graduates of a master’s degree in education, psychology or behavior analysis. Most university ABA-based degree programs require students to get at least a B grade in all classes. The degree program will likely include at least 1500 hours of supervised field experience that may be performed under an active BCBA.

The most common degree for BCBAs is the master of science in ABA. Students learn to apply behavioral principles to everyday situations in homes, classrooms and community settings. Students are trained to use behavioral analytics to identify the maladaptive behaviors and make appropriate plans to reduce or increase target actions. Coursework highlights include special education law and how it applies to ABA assessments and interventions. Students master how to perform behavioral consultations, collaborate with professionals and produce measurable and functional outcomes. One important skill is the ability to understand the subculture, such as a school or hospital, in order to maximize communication and cooperation effectiveness.

Applied behavior analysis is more and more recognized as an effective method of therapy with not just autistic patients but with anyone needing changes in their behavior. Because of its effectiveness, ABA therapy is now a popular method of therapy used in medical facilities, community centers, schools and even in the home.