Home » Frequently Asked Questions About ABA » What is ADHD? 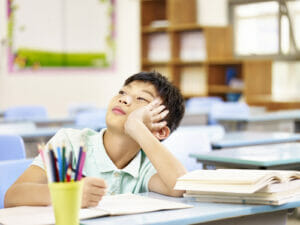 Considering how common it is, the number of people who know very little about it is quite staggering. Also, many people buy into the myths that surround this mental health condition. So, what exactly is ADHD?

ADHD is a chronic disorder that lasts an entire lifetime. What is surprising, though, is the fact that some patients do not get diagnosed until late in life. Someone could spend decades suffering from ADHD symptoms without receiving mental health treatment. This is because learning disabilities were not properly recognized by medical experts until a few decades ago.

Attention deficit hyperactivity disorder ADHD is a condition that affects brain development. It affects development in areas that control focus, attention, and self-control. Its symptoms are easily recognized by mental health experts. Some examples include:

Attention deficit hyperactivity disorder arises during the developmental stages of life. This means the vast majority of patients receive their diagnoses during early education.

A common myth about people with an ADHD diagnosis is the belief that they cannot focus on anything. The reality is the exact opposite. The problem that these individuals run into is that they focus on everything. They might try to pay attention to one person or event, but their mind will veer off and start acknowledging all the events taking place.

Are there treatments for attention deficit hyperactivity disorder ADHD?

ADHD is incurable since it affects the patient’s brain chemistry in irreversible ways. But it can be treated with certain ADHD medication. Adderall is the most common prescription drug that battles symptoms of the condition.

Adderall helps with focus and attention. Unfortunately, some undiagnosed individuals take the drug to boost their mental performance. According to Forbes, this is putting Adderall in a negative spotlight. Addiction issues and illegal purchases of stimulant medications contribute to this problem.

For those with ADHD, Adderall acts as a nervous system stimulant. It brings cognitive function to the normal level that matches people who do not have ADHD. Stimulant medications make it so that people with ADHD will be able to avoid focusing on everything around them.
Adderall is essentially an amphetamine. This means it is impossible to legally buy the drug without a doctor diagnosis and prescription. That is why it is important to seek help from the child’s doctor as soon as the first symptoms start arising.

Often, individuals with ADHD to also suffer from other disabilities. This could include dyslexia, sensory processing disorder, anxiety, and even depression. Fortunately, there are now less people whose ADHD is undiagnosed and untreated. This is thanks to the advancement of modern medicine. 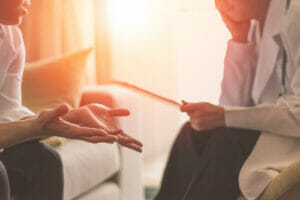 According to webmd.com, ADHD medications alone may not be enough. Adults with ADHD should consider adding talk therapy to their mental health treatment.

Some are reluctant to take ADHD medications because of potential side effects. For instance, Adderall’s side effects, according to webmd.com, include:

More serious, but less common, side effects are:

In light of these side effects to ADHD medicine, some choose to take a more natural method to treat ADHD. This often starts with diet. Accoring to draxe.com, food can play an important role in how severe ADHD symptoms are. Some foods that are recommended for those with attention deficit hyperactivity disorder include:

There are foods that should be avoided, as they tend to worsen the symptoms of ADHD. A child’s behavior can change based on what they eat. Some of these foods are:

It can be a lengthy process to determine which foods do and don’t contribute to ADHD symptoms. For those who want to avoid the risks associated with ADHD medicine, though, this may be a good option.

Are there different types of ADHD?

There are three different types of ADHD. According to hopkinsmedicine.org, these are: 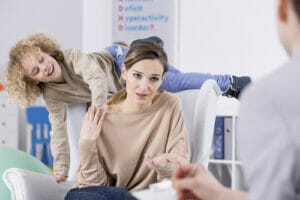 Symptoms of impulsivity include:

Symptoms of hyperactivity include:

This type of attention deficit hyperactivity disorder causes people to be inattentive. They may also have difficulty concentrating on one thing at a time. Symptoms of this disorder include

People with this type of ADHD often go undiagnosed, as it is not as noticeable as the other types of ADHD.

Symptoms of the combined type of ADHD include impulsivity, inattentiveness and hyperactivity. The patient is interested in everything around them. They focus on multiple things at once (distractible). They may also have difficulty in sitting still (hyperactive). The symptoms of both of the above types of ADHD apply to the combined type of ADHD. This is the most common form of ADHD. 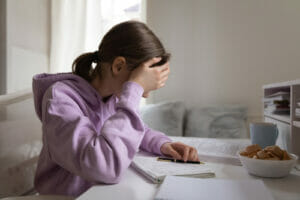 Yes, ADHD often shows up differently in girls than it does in boys, according to this article from webmd.com. While over twice as many boys are diagnosed with ADHD as girls, this doesn’t mean that girls don’t have ADHD. Rather, it means that the symptoms show up in different ways in girls than they do in boys.

This is not widely known, as most people imagine that girls and boys experience it in the same way.
The inattentive type of ADHD is the most common type among girls. Inattentive ADHD symptoms include forgetfulness, having a short attention span, and difficulty concentrating.
Inattentive ADHD doesn’t include symptoms like constant motion, talking too much or taking excessive risks. This type of ADHD is less likely to be noticed. This means that girls often aren’t diagnosed until later in life, if they are diagnosed at all.
According to Jess Matthews, who writes for additudemag.com, this diagnosis can come as an immense relief for women with ADHD. They may have wondered what was happening to them, or why they were different than others. Women with ADHD are at a higher risk for a comorbid mood disorder, suicide attempts, self-harm, and social isolation or rejection. However, since many are not diagnosed until much later in life, these problems are very difficult to treat.

ADHD in girls and women is an area that still needs research. It is difficult to study, since the symptoms are often hidden. Stereotypically, the disorder is thought of as relating to little boys, and this can mean that girls with ADHD don’t end up getting the care they need.

What are some other conditions that may be misdiagnosed as ADHD?

According to addititudemag.com, a website that publishes articles on what it is like to have ADHD, there are multiple mental disorders and other conditions that have similar symptoms to ADHD.

Someone might be showing symptoms like difficulty concentrating, mood swings, difficulty sleeping, or other common symptoms of ADHD without actually having the condition, but instead having other mental disorders or mental illness. Some conditions that may be mistaken for ADHD include:

This often causes social awkwardness, which is a symptom of ADHD. While it is relatively common for children with ADHD to have ASD as well, they are not the same disorder.

This disorder is often associated with distraction, like attention deficit hyperactivity disorder. This article explains the difference. The thoughts that distract someone with ADHD are often happy or neutral thoughts. The distracting thoughts of someone with OCD are often very negative and unhappy.

Anxiety can be a symptom of ADHD–30% of children and 53% of adults with ADHD suffer from excessive worry. However, someone who has trouble with anxiety could also be diagnosed with an anxiety disorder and not ADHD.

Those with ADHD often have trouble sleeping due to their tendency to be constantly in motion or thinking of multiple things at once. Sometimes, sleep disorders such as sleep apnea are mistaken for ADHD.

People who have ADHD often experience emotions very deeply and can have very sudden mood swings. This symptom is also present, however, in people with bipolar disorder. In order to correctly diagnose which one someone is suffering from, it is important to find out the causes of the mood swings.

What are the causes of ADHD?

What are the causes of ADHD? That is a question that has many possible answers. According to the Center for Disease Control and Prevention (the CDC), the causes are not entirely known. One factor that plays a major role is genetics. Other possible factors include, according to the CDC website,
Other factors that do not directly cause ADHD but may worsen its symptoms include:

What are the causes of ADHD? The question is not fully settled, and researchers continue to try to figure it out. However, they have been able to understand several of the factors that go into this condition.

ADHD toddlers are not usually diagnosed until they are somewhat older, according to healthline.com. But toddlers may display symptoms that make parents concerned that they will develop into ADHD kids. Some of these symptoms are an inability to sit still, talking excessively, and running from one toy to another without stopping.

If your child shows these symptoms, it doesn’t necessarily mean he or she will develop ADHD. It could simply be normal toddler behavior. With that being said, these symptoms are often showed by toddlers who go on to develop ADHD.

ADHD kids are usually the ones who are diagnosed. This is true especially in the case of children with ADHD who have the impulsive/hyperactive type of ADHD or the combined type of ADHD. These are generally more noticeable, and therefore easier to diagnose.

ADHD kids, according to mayoclinic.org, are usually diagnosed by developmental or behavioral pediatricians, psychologists, or psychiatrists. Parents who believe their child might have ADHD should see their doctor first, however, as ADHD symptoms can have other causes. It is important to get a medical evaluation for children with ADHD.

An article from webmd.com describes symptoms of ADHD in teenagers. These symptoms are similar to the symptoms for children with ADHD. Teens with ADHD may lose textbooks or assignments, rush through assignments, interrupt others, or have trouble sitting still. They may have difficulty with relationships. This can include relationships with peers or with authority figures, such as teachers or parents.

There can be other problems for ADHD teenagers, too. Those with ADHD often seek thrills and excitement and tend to take risks. This means they are at a higher risk to be in a car accident. In fact, webmd.com states that the risk of a car crash is 2 to 4 times highter in teens with ADHD than teens without ADHD. Another problem in teenagers with ADHD is overuse of alcohol and drugs. The article stresses the importance of parents talking with their teens. Parents must set clear boundaries for behavior.

Parents also need to help their ADHD teens as they transition into adulthood. This could include things like job interviews, college, and career plans. It could also include everyday things like doing laundry, cleaning up, grocery shopping, or paying bills. Parents should keep in mind that while their child will have challenges because of ADHD, they are still growing into adulthood and will enjoy having some independence. 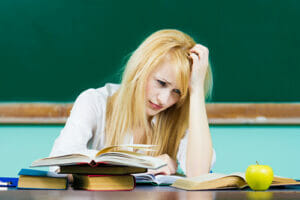 Adult attention deficit hyperactivity disorder, according to mayoclinic.org, includes symptoms such as:

It can be difficult to diagnose adult ADHD because most people have these symptoms at some point in their adult lives. When an adult has ADHD, these symptoms will get in the way of almost every aspect of their lives, including work, family, and other relationships.

ADHD is difficult to live with in adulthood. Some of the problems that adults with ADHD have to live with are:

ADHD is a difficult condition to live with, no matter what the age of the person who has been diagnosed. What are the causes of ADHD? The causes are not entirely known, and research is still being done. There are many misconceptions about what it means to have ADHD.

However, there are several ways that people with ADHD can lessen their symptoms. These include medication, cognitive behavior therapy, and natural alternatives to medication. In addition, teachers and parents are gaining more awareness about ADHD. Research continues to be done in this area. It is possible for people with ADHD to live happy, fulfilled lives.

This concludes our article on attention deficit hyperactivity disorder, or ADHD.