Home » Frequently Asked Questions About ABA » Is it Worthwhile to Get a Master’s in Applied Behavior Analysis?

Is it Worthwhile to Get a Master’s in Applied Behavior Analysis? 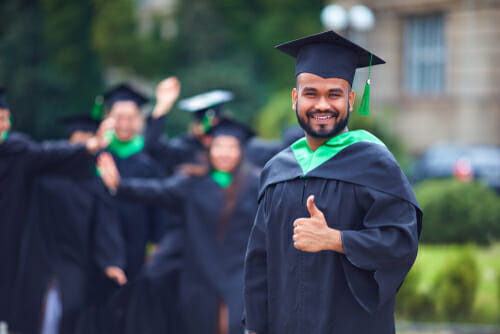 According to the Association for Behavior Analysis International, Baer, et al., introduced the fledgling discipline of applied behavior analysis in 1968. Before that, the general approach to studying behavior was largely experimental. By focusing on actual social interactions and real-world causes and effects of the behaviors in question, Baer and his associates made great strides in the understanding of human behavior.

Although applied behavioral science might sound like a dry, academic field of study, nothing could be further from the truth. It’s an area that touches upon just about every walk of life and those who are looking to pursue a career in applied behavioral science practically have a limitless supply of options where they can use their talents to help themselves and to help others.

Applied behavior analysis is important not only because of the improvements practitioners can make in their patients’ lives but also because of the societal impact of their work. Analysts observe, form hypotheses, gather data, and then use those data either to buttress or refute their hypotheses, often modifying their original thoughts, conclusions, or both.

Why Is it Crucial to Have a Degree?

At the most basic level, analysts who have degrees bring legitimacy to the field. By conferring degrees at all levels, institutions of higher learning also bolster their own academic reputations. In fact, for any position higher than the entry level, a master’s degree will be required, particularly in the field of healthcare itself. In many cases, high-level job placements will require certification by the Behavior Analyst Certification Board. BACB® certification reinforces state level credentials and gives individual states a common reference point for applied behavior analysts.

Other Reasons a Degree is Important 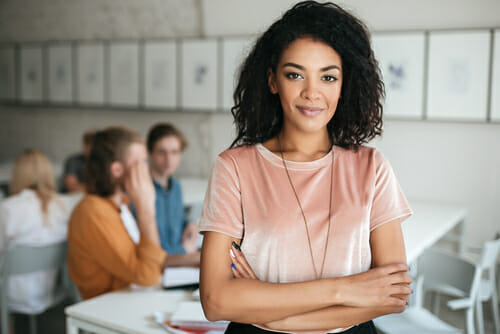 Many analysts who love children find the career rewarding because of the growing focus on young people, particularly those are autistic. Autism Speaks maintains that measuring and studying how autistic people interact with the environment is essential to understanding autism. The lab is a controlled environment, but it is usually not possible to create a situation in the lab that translates directly to the real world. That is the chief reason why applied analysis is better than experimental analysis when it comes to autistic people. Because most institutions require a degree, having such a degree is necessary to be able to help these people.

The ever-changing nature of the real world lends fun and creativity to the field. It’s impossible to plan for any and all contingencies the way you can in the lab, so you will likely have to make decisions “on-the-fly” when studying people’s behavior. The critical thinking, ability to think on your feet, and flexibility all translate to other fields, too, so you can use the skills and experience you gain as an applied behavior analyst in other jobs.

What Can I Do with a Master’s in Applied Behavior Analysis?

The short answer is practically anything you want. Instead of asking, “What can I do with a Master’s in Applied Behavior Analysis,” you might want to cut down the list by asking what it is that you can’t do.

One of the key factors when it comes to becoming an Applied Behavior Analyst is the field being so open and diverse. Whereas an accountant might be locked into working in nothing but a financial arena, the behavior analyst is found in law enforcement, education, family services, and even the entertainment field. 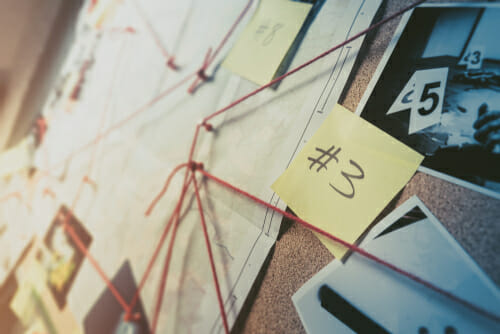 One area where people might not consider applied behavioral science being used is in law enforcement and criminal investigations. When time is of the essence in an investigation, law enforcement doesn’t have the time or ability to determine what might be going on in the mind of a suspect and will often turn to behavioral analysts, according to Robert Brzenchek of the American Military University.

Behavioral analysts are also used in helping authorities coax confessions out of suspects. One of the methods used is the Reid Technique, which is able to get to the truth from a suspect by using a nine-step process of asking questions that aren’t interpreted as being confrontational, as outlined by Dr. Jade Pumphrey of Criminal Justice at American Military University.

The Federal Bureau of Investigation created the Behavioral Analysis Unit, consisting of three distinct divisions: counterterrorism, crimes against adults, and crimes against children.

For those individuals looking to help out in corrections facilities, behavioral analysis provides an invaluable tool. Since the purpose of correctional facilities is designed to actually prevent repeat offenders from committing criminal behavior upon their release, the ability to change their behavior during their time in the facility is of paramount importance. Knowing how to best reach an individual who has broken the law in a way to keep them from engaging in repeat behavior comes about when studying the individual and applying the skills learned in applied behavioral science.

Another way law enforcement uses applied behavioral science is in the field of predictive behavior. Dr. Todd Ward of Behavioral Science in the 21st Century referenced the way the authorities in San Francisco were able to help stop a rash of bicycle thefts by studying the patterns the perpetrators were following and setting up a series of deterrents that eventually led to the capture of the suspects.

When it comes to helping out families in need, especially in households where there might be an individual on the autism spectrum, applied behavioral science has proved to be an invaluable tool. Since individuals on the spectrum tend to have complicated rituals incorporated into their daily life, the behavioral analyst can help families determine the best way to navigate the rituals. At the same time, depending upon where the individual lands on the spectrum, the analyst is also able to help develop compromise solutions that allow both the spectrum individual and the family members to exist with the least amount of conflict.

One of the ways that Applied Behavioral Sciences Therapy is used by family services is by engaging in Antecedent-Behavior-Consequence. In this therapy, the analyst observes a stimulus and then notes the response to behavior triggered by the stimulus. After that, the analyst works on developing some sort of positive reinforcement to the response, since studies have shown that positive responses in people on the spectrum are far more effective than negative reinforcements.

People on the spectrum have a hard time dealing with communication and using the skills developed from applied behavioral science studies, individuals can assist those people by showing them new ways that communication can be developed. An example of this is seen by the analysts using pictures in order to facilitate communication certain verbally unresponsive children on the spectrum. If the subject wants an apple but does not have the verbal skills to ask for it, they can simply point to a picture of an apple in order to acquire what they want.

Social media has become one of the most powerful tools in today’s society and it’s easy to see why behavior analysts can be found working with social media. Social media can literally reach thousands of individuals in a short amount of time and an analyst can use their skills to create powerful messages. At the same time, analysts need to be aware of some of the pitfalls found in using social media. The Association for Behavior Analysis International has been a long-time advocate of creating a set of ethical guidelines to be followed by behavior analysts when they are engaging in social medial.

The analyst might decide not to be locked into working for an organization and might want to branch out on their own. If that’s the case, there are ways in which an analyst might market themselves in order to get clients to discover their practice.

Anyone looking to find new clients understands the importance of branding and behavioral analysts are no exception. When it comes to branding, the analyst will want to create a presence that is both professional and is also able to stand out and generate interest. One of the key elements to this is by making sure everything is designed to always reflect back upon the branding chosen to represent the analyst’s business.

Behavioral analysts often choose to go on their own after they’ve worked for others for a period of time. When branching out on their own, going back to others who the analyst has worked for creates a referral opportunity. A powerful referral system can allow the analyst’s business to get off to a solid start.

The behavioral analyst can work with local groups that have need of their services. This includes working with families in need, addiction groups, and groups helping individuals on the spectrum. By doing this, the analyst is able to develop a relationship with local groups and individuals. From there, the basic principles of networking apply and the analyst’s brand organically grows.

When it comes to social media, behavioral analysts are in a perfect position to build their business. As long as ethical guidelines are followed and no deliberately manipulative behavior is engaged, there’s absolutely no reason for the analyst not to use the power of social media to benefit their brand. They can also use social media to be an advocate for any local causes or groups they are involved with.

In all areas, the analyst must always keep in mind the need for maintaining a strong ethical stance within the brand. Since the brand and the analyst are going to be intertwined, ethical considerations both public and private must be at the forefront of any decisions made that could have a negative impact. 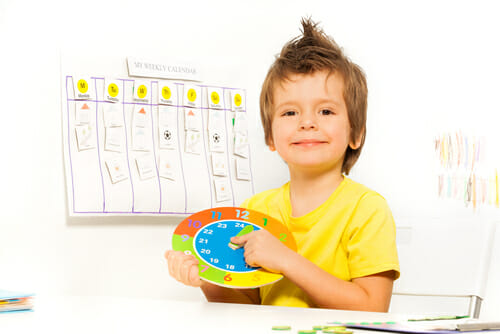 At one time, it was believed that applied behavioral science would somehow drastically change the landscape of education. While that has not been the case, there is more attention being paid than ever on how best to merge the principles of applied behavioral science with education. Today’s educational environment is drastically different than previous classroom-only situations and the analyst is in a prime position to create new opportunities in education.

Students need ways to stay focused and using the principles of applied behavioral science can help them achieve their goals. Incorporating the techniques the analyst has gained can place the students on a path to reaching successful completion of their studies.

As a growing field, applied behavior analysis provides prospective practitioners with ample opportunities. Because analysts can make tangible differences in people’s lives, the career can be quite rewarding. In many cases, analysts can even set their own hours and work as much or as little as they choose. Over the last five decades, the ideas have grown in both scope and applicability to the world. New analysts can apply their creativity and continue the trend.

There are few fields that have the diversity available as those found with applied behavioral sciences. Individuals are able to create their own business, if desired, or work with law enforcement in order to create a safer and more compassionate society or help families in need overcome addiction issues or deal with a family member who is on the spectrum. With so many career paths open, the future for those in the applied behavioral sciences field is wide open.