Home » Frequently Asked Questions About ABA » How is Autism Treated?

How is Autism Treated? 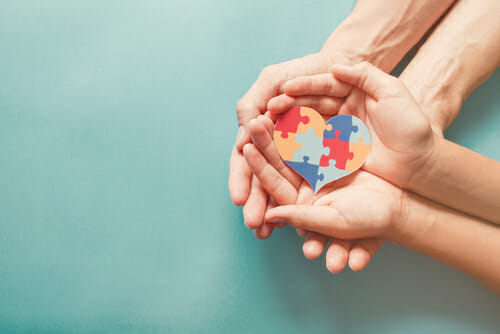 How is Autism Treated?

When one looks at how autism is treated, it’s important to remember that autism is a relatively “new” disorder, finding common usage in the 1940s to classify children with emotional or social problems.

At one time, it had no name. Autistic individuals were simply viewed as being mentally challenged or, in some cases, possessed by demons. However, once it became acknowledged by the medical community, it began to be studied. In turn, those studies led to treatment.

What is Autism Spectrum Disorder?

In 2013, the American Psychiatric Association took four distinct diagnoses and put them under the blanket category of “autism spectrum disorder.” While some individuals with ASD are unable to integrate into society, many of them are considered “high functioning,” and with therapy, they can adapt to being in the mainstream. 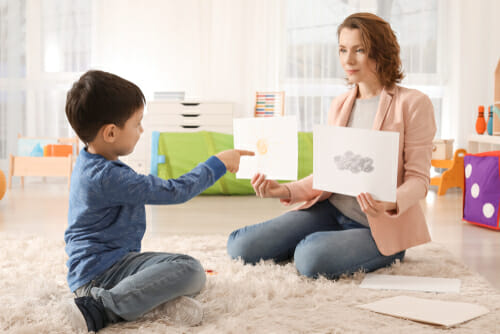 In a paper published by the Department of Biochemistry and Molecular Biology at the University of Arkansas for Medical Sciences by Veera Manukonda, the importance of early detection and treatment seems to be of paramount importance. One of the reasons is because of the positive results seen by Applied Behavior Analysis, which has shown effectiveness in children six months and older. By using both positive encouragements for acceptable behavior and by actively working to discourage negative behaviors, it actually creates a new skill set for the individual to use in various situations. These skills can be used throughout the entire lifespan of the ASD individual.

What Causes an Individual to be on the Spectrum?

There is no definitive answer to this question. No one has been able to determine a single cause but the common consensus is that there are abnormalities within the brain and its functions.

A study conducted on mice that targeted an autism-linked gene MeCP2 showed that touch neurons absent seemed to lead to social impairment and anxiety later on, while mice lacking MeCP2 in all of their cells seemed to have normal development. This led to an understanding of how touch plays an important part in diagnosing and treating those on the spectrum.

Individuals on the spectrum often have heightened sensory perception. They’re more sensitive to sounds or being touched or bright lights. Some researchers believe this heightened awareness creates a sensory overload, making social situations nearly unbearable and difficult to engage in.

While touch for some spectrum individuals is upsetting, others find that being held tightly calms them down.

Autism is defined by the presence of three primary characteristics: 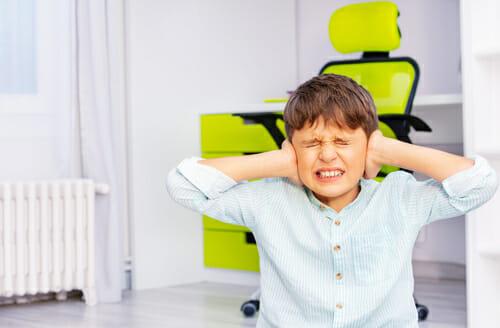 The roots of the term “autism” are Greek in origin, coming from “autos,” which means “self.” That’s why many children on the spectrum seem to exist inside their own world. This limits their ability to communicate by speaking or using other forms of language. Some individuals on the spectrum have incredibly robust vocabularies but are unable to read expressions or tones of voice, making them difficult to communicate with on a social level.

Inability to Relate to Different Events or People or Things

For the ASD individual, it can be very difficult to relate to an event that might seem traumatic to others. They can also seem to be unable to relate to people who are close to them. One area with ASD individuals is their inability to maintain eye contact. While this might make them seem to be disinterested or uncaring, that’s not the case. When they are not making eye contact, it’s an effort to keep themselves from feeling overwhelmed.

ASD individuals, especially children, find themselves often rocking back and forth or from side to side. This is a kind of physical self-medication and helps to calm them down. Children who exhibit this behavior early on usually are diagnosed as being on the spectrum.

In many cases, the signs of autism spectrum disorder show up in between 1 and 3 years of age. That’s one of the reasons it is so important for parents to monitor their child’s early development. If something seems amiss, they should contact a child developmental specialist to assist with an early diagnosis and commencement of treatment.

How are Young Children Tested for signs of ASD?

The CDC recommends children have regular wellness visits with their pediatricians and asks parents to share with their provider any concerns. Certain areas to focus on in very young children who might be on the spectrum include determining if the baby is smiling by 6 months, if the infant is copying facial expressions by 9 months, and if cooing and “baby babbling” are evident by the first year.

Parents should also tell their physician or wellness provider as to anything they notice about their child, including whether or not eye contact is maintained or whether a child responds to attempts at getting their attention. The more information provided, the greater the likelihood that early detection of ASD is possible.

Do Individuals on the ASD Spectrum Have Emotions?

While it might seem that some spectrum individuals lack emotions, this is definitely not the case. They feel things quite deeply, which is one reason why their environment sometimes overwhelms them. At the same time, they also feel cut off from the world and that leads to a sense of isolation. Understanding that is key to dealing with those individuals.

Because ASD individuals often cannot communicate their wants and needs in conventional ways, it’s important to always make sure there are no undetected medical or dental issues that have to be addressed. Caregivers should set up a schedule in order to make sure these areas get the attention they deserve. At the same time, if there seems to be any sort of unexplained or unexpected changes in the ASD individual, it’s important to rule out any medical or dental problems that may have arisen.

One of the challenges when dealing with autism is that each individual with the disorder is unique. This makes finding the proper treatment more difficult than simply administering an antibiotic. However, several key therapies have been identified as being effective.

Behavioral therapy provides the foundation for most of the other treatment options for autism disorder individuals. At times, however, simple behavioral treatment doesn’t work effectively and might need to be used with various medications.

Behavioral therapy is used when dealing with the spectrum individual having difficulty coping with things like changes in a routine. Life is unpredictable and change is a constant. By teaching individuals ways to deal with a change in routine without suffering anxiety or anger issues, behavior therapy is a vital tool used to help individuals cope.

With different forms of behavioral therapy being available, finding the right one is challenging. What works for one individual will have no effect on another. According to Psychology Today, although it can be difficult to find the right therapy immediately, the important consideration is continuing to look for the right behavioral therapy. 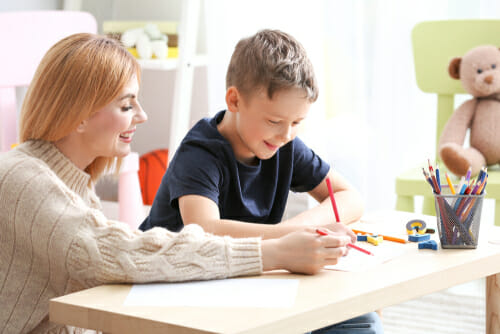 Many individuals with autism spectrum disorder have difficulty picking up on social signals and cues. Social skills therapy trains the person to understand the meaning behind someone rolling their eyes or trying to exit a conversation or when someone is not interested in what is being discussed.

One area where ASD individuals can improve is through Japanese anime. Many people on the spectrum find themselves drawn to anime, and some of the reasons for that include the obvious ones, such as a form of escapism. Other reasons are that some anime contains strong concepts of friendship and camaraderie, which individuals diagnosed with ASD find compelling. Also, in anime, facial expressions are exaggerated and that makes it easy for the individual to determine precisely what that character is feeling.

One of the areas that ASD individuals focus on is occupational therapy. Since one-third of all ASD individuals can be found in a workplace environment, occupational therapy provides them with a set of skills that will enable them to integrate into society, as well as build up their self-confidence while also providing them with a source of income.

Individuals who suffer from Asperger’s syndrome, which is on the spectrum, can actually perform quite well in a field that pertains to wherever their interest lies. Asperger’s individuals, in fact, tend to perform amazingly well in the areas that they are most interested in and some of the most prominent individuals in some fields have been diagnosed with Asperger’s, showing that a diagnosis of ASD is simply one aspect of an individual’s personality.

Some individuals on the spectrum also exhibit savant behavior and have amazing talents in unexpected areas. This can help them achieve a measure of success in areas such as music and the other arts. It’s important that all areas be examined when it comes to occupational therapy in order to find the area that most appeals to the individual. The more a person enjoys what they are doing and feels a sense of accomplishment, the greater the likelihood of that form of therapy being effective.

Individuals with ASD face a number of challenges, but every day, new advances in treatment and therapy are being examined. While there are a number of methods to determine how autism is treated, the important consideration is that staying on target to finding the best therapy is key.

Unlike other disorders which can be treated in a straightforward manner with the assistance of family members, individuals with ASD have to deal with both the issues concerning being on the spectrum, as well as finding themselves having difficulties with family members. A paper published in the Clinical Child Family Psychology Review featured on the National Institute of Health website emphasized one of the problems with dealing with individuals with ASD often find family members are ignored when it comes to dealing with family members of those with ASD. Naturally, this can cause there to be tension, resentment from siblings who feel they are being ignored, and even marital strain between spouses due to the pressures of helping to treat the ASD individual.

When treating ASD individuals, it’s important to help family members understand that the individual cannot be dealt with in the same manner as someone who is not on the spectrum. Attempting to use standard techniques in order to get a desired outcome can ultimately prove futile, leading to stress and resentment among family members.

New Treatments Being Explored on the Horizon

According to the Center for Disease Control, while there’s no treatment available designed to cure ASD, there are avenues being studied that can improve the situation, especially in very young children. Some of the interventions being examined appear to reduce some of the symptoms and even improve daily living skills and enhance mental and cognitive reasoning. This naturally can help an ASD individual adapt to living a more socially fulfilling life and to share in participation in their community. This is an important factor, since ASD individuals often report feeling like they are “outsiders” in the world around them.

When asking “How is autism treated” today, it’s important to emphasize there are new methods and new coping tactics found on an almost daily basis. With the right tools and techniques, with the right approach and emotional mindset, a diagnosis of being an individual on the spectrum is far less traumatic than it once was and bears far less of a stigma.