How Does Cognitive Therapy Differ From Applied Behavior Therapy? 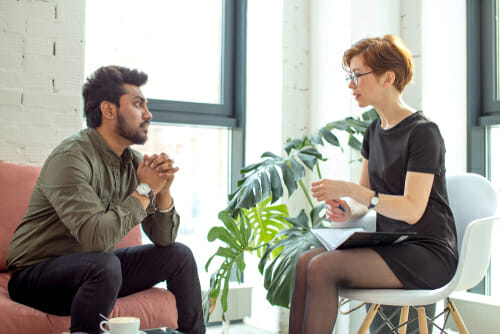 What is Cognitive Therapy?

Cognitive therapy is a type of treatment that focuses on helping patients achieve a specific goal, such as:

• The way they feel

• The way they think

• The way they act

• How they deal with medical or physical problems

Many patients who suffer from depression, anxiety or behavioral problems have these issues from something that may have happened when they were growing up or at some point in their lives. Cognitive therapy focuses a lot on why the patient feels a certain way and then on getting the person to change his or her feelings.

What is Applied Behavior Therapy?

Applied behavior therapy, unlike cognitive therapy, focuses on the positive reinforcement and reward system. It can be used to improve certain behaviors, such as communication, social skills, and academics. It’s also used to help the patient develop learning skills like fine motor dexterity, domestic capabilities, grooming, hygiene and competence at work. Applied behavior therapy is used in various settings, including homes, work, schools and medical facilities.

Although cognitive and applied behavior therapy is often used for the same problem, their methods are quite different. Cognitive behavior therapy helps the patient change how he or she looks at him or herself. For instance, if a patient sees a friend, and the friend fails to say hello for whatever reason, the patient may believe this occurs because the friend doesn’t like the person or that the person is worthless. Cognitive behavior therapy helps the person to change that belief and have a positive outlook. It also looks further into the patient’s background to find reasons why the individual feels so negative and worthless.

Once the patient throws the ball, the patient is praised for his or her positive response. The patient continues to get a reward each time he or she performs a certain activity when asked. There are some conditions where a patient will benefit from both cognitive and applied behavior therapy, according to the Association for Behavioral and Cognitive Therapies. These include autism, depression, obsessive-compulsive disorder, post-traumatic stress syndrome and other mental health problems.

Getting the right therapy can result in a quicker and more effective treatment plan. Regardless of the mental, emotional or behavioral problem, it’s important to know vital details, such as how cognitive therapy differs from applied behavior therapy and which would be more effective.