Home » Frequently Asked Questions About ABA » Can PTSD Be Cured?

Can PTSD Be Cured? 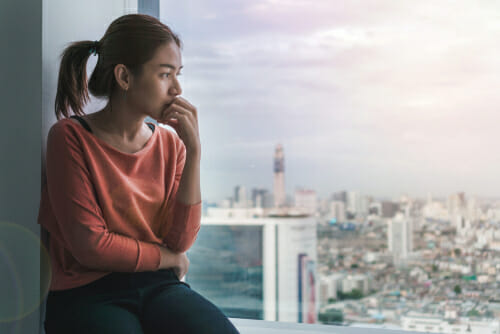 Although public knowledge regarding post-traumatic stress disorder, or PTSD, is quite solid in the U.S., most individuals struggle to answer whether this condition is curable or not. In other words, even though people have a general idea of what PTSD is, they seldom conduct enough research to learn how patients overcome it.

PTSD is a condition that affects someone’s mental health in ways that can make it very hard, maybe even impossible, for them to complete basic tasks. It arises as a byproduct of a traumatic experience. According to The U.S. Department of Veterans Affairs, military veterans are one of the most common groups of people who suffer from PTSD as a consequence of prolonged exposure to war.

Symptoms associated with the condition range depending on the seriousness of it. Some of the most critical patients often find themselves unable to eat, sleep, and even communicate with others. At the same time, however, there are a lot of individuals whose symptoms are unnoticeable. Regardless of the seriousness, anyone who is affected will almost always need to undergo a treatment plan to prevent their situation from worsening.

As of right now, there is no way to completely cure PTSD. Because it affects the patient’s mental health by changing their brain chemistry in irreversible ways, there is no way to undo the consequences. Fortunately, there is a wide range of treatment options that can help manage the symptoms. So, while it will always be an underlying issue, diagnosed individuals can still reach a point where their PTSD has zero impact on common, day-to-day responsibilities.

The best approach to treating PTSD is to seek medical assistance from a licensed psychologist, counselor, or psychiatrist. By establishing a relationship with them, the patient will be able to learn more about the seriousness of their condition. This will also help sidestep a lot of dangerous conditions that tend to accompany undiagnosed PTSD, which include manic depression, paranoia, stress, and anxiety. Besides, according to Forbes Magazine, the on-going development of technology will soon make it possible for PTSD patients to rely on things like virtual reality.

A lot of medical experts further advise people to consider taking up meditation and some type of physical activity. Doing so will let them build enough mental toughness to remain calm during flashbacks while also improving their physical well-being. Moreover, it is one of the best starting points for those who would like to start interacting with others again.

Since the field of medicine continues to evolve with unprecedented speed, anticipating that someone will discover the cure to PTSD would not be a far-fetched expectation. In reality, however, the odds of that happening are extremely low. As with other mental conditions, which include attention deficit and attention-deficit hyperactivity disorders, changing one’s brain chemistry is improbable. So, while a small chance always exists, finding the cure is not something that experienced specialists see as pragmatic.

Luckily, the aforementioned strategies are a great way to manage symptoms and overcome issues that this condition can cause. Relying on support groups that consist of like-minded individuals is also a great strategy. So, instead of focusing on the fact that their PTSD cannot be cured, diagnosed individuals should look for ways to deal with their symptoms.