Can Panic Disorder be Cured?

A person who works in healthcare, counseling, social work or who has a family member with anxiety may wonder, “Can panic disorder be cured?” It is important to recognize what triggers a panic attack, and each person’s trigger could be different. There are many ways for a person with panic disorder to cope with their condition and lessen the impact of their symptoms.

What is Panic Disorder?

Before diving into the specifics of remedy, prevention, and more, it’s important to understand just what exactly panic disorder is. For those already informed in this area, feel free to skip to the next section below. Panic disorder, much like its name suggests, is a psychiatric disorder that can cause the sufferer to experience periods of panic and anxiety that are beyond what the typical person may experience.

These periods of panic can be triggered by an event or some circumstance, or they can simply occur without any observable trigger. Such periods can range in severity as well as duration. Severe episodes can lead to a complete mental state of panic and breakdown, while less severe episodes may just involve discomfort due to the symptoms. These episodes are often referred to as “panic attacks.” 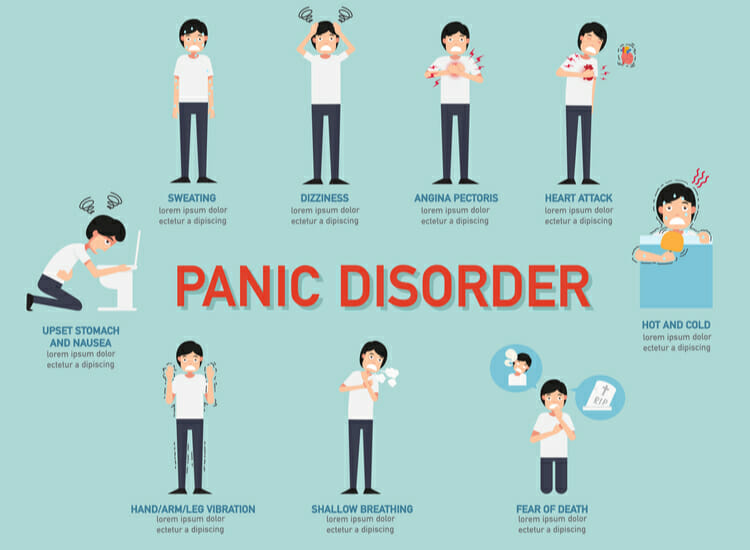 While being its very own disorder, panic disorder can also be related to or even cause additional mental health issues. Those suffering from the condition for longer periods or without treatment may then go on to experience related issues with depression, general anxiety, and unhealthy social withdraw, among others. For this reason, seeking medical help for panic disorder or panic attacks should never be delayed.

No Cure for Panic Disorder

A person may be able to reduce the severity or frequency of their panic attacks by following their treatment plan, explains the Mayo Clinic. In addition to counseling and medication, several methods of self-care can be helpful for managing panic disorder. Getting regular exercise and going outdoors increases endorphins and improves a person’s mood. Even a slow walk outdoors can help. Petting a dog or cat may relax a person who has panic disorder. Repetitive hobbies such as knitting, cross-stitch or painting may also help a person with panic disorder manage their symptoms.

Antidepressants are some of the most tenured medications when it comes to medicinal treatment of panic disorder. As this medication group’s name suggests, antidepressants work by altering the nerve messages sent through the brain via the body’s neurotransmitters in order to curb depression or depressive mental trends. Antidepressants were originally created in the 1950s specifically to help with depression issues, and soon after, it was discovered that they can also significantly aid those suffering from various anxiety disorders such as panic disorder.

Selective Serotonin Reuptake Inhibitors, or SSRIs for short, work by helping the body to better control its serotonin system. Serotonin itself is an important mood regulator, and this specific class of antidepressants can greatly help the body to regulate it. A more in-depth analysis of why these medications work in panic disorder patients shows an effective prevention of harmful serotonin reabsorption or “reuptake,” by the brain’s nerve cells. Some of the most commonly prescribed medications along this line include Celexa, Paxil, Prozac, and Zoloft.

Monoamine Oxidase Inhibitors, or MOIs for short, are yet another, specific class of antidepressants that are commonly prescribed to both those with depression and also many with panic disorder. This line of medication works by better regulating the brain’s monoamine oxidase system. Monoamine Oxidase is an important mood regulation enzyme utilized by the brain to manage dopamine, serotonin, physical energy, and more. Common drugs found in this category include Emsam, Nardil, Parnate, and Marplan.

The final, more refined type of antidepressant drugs used to address panic disorder are Tricyclic Antidepressants, or TCAs. TCAs work much like the above-mentioned SSRIs to control serotonin but with an added ability to sometimes also help in regulating the reuptake of norepinephrine. Norepinephrine is an important chemical regulator used by the body to control mood and the all-important fight-or-flight mechanism in the brain. Common medications in this class include Adapin, Elavil, Asendin, and Vivactil.

Finally, Benzodiazepines represent the final class of medications often prescribed by doctors to aid panic disorder patients. This class of medications is not part of the greater antidepressant group and works strictly by slightly slowing the central nervous system and altering the brain’s gamma-aminobutyric acid (GABA) receptors to help induce a greater sense of calm. These medications are only used in panic disorder and anxiety patients and include the popular drugs Ativan, Klonopin, Xanax, and Valium.

As touched on above, there are many, great, yet basic ways to help deal with and resolve panic attack episodes or the general anxiety associated with panic disorder. Beyond these basic activities, however, there are many, specific tools and step-by-step techniques out there that are known to have the potential to greatly help the sufferer in times of need. The following tools and techniques come highly recommended by the greater medical community.

There are many, individual breathing exercises panic disorder sufferers can utilize to help relieve oncoming or current symptoms. In general, all of these types of exercises are meant to help bring calm and induce normal breathing and heartbeat. The most common approach is as follows.

First, the sufferer must focus on slowing their breathing. It is said that the optimal breathing pattern to work toward here is one of gentle, slow, and relaxed breathing. Mouth-breathing is often recommended so as to avoid any panic-adding hindrance possibly added by congested nasal airways. From here, the sufferer is often recommended to count to five with each inhale and exhale. Performing this exercise with closed eyes also is said to help in its overall effect.

Focused meditation is another technique recommended by many of the pros. To start, the sufferer is recommended to sit upright with feet flat on the floor. From here, attention to breathing while eyes closed should follow. Anxiety-filled thoughts and feelings may still be present at this point, but the sufferer is then recommended to simply sit as a non-judgmental observer of these thoughts and feelings. This approach works for many, while others find that simply trying to “blank-out” the mind and think of nothing or even picture a peaceful, happy environment provides the best results. 10-minute sessions, at minimum, are often the prescribed doses of this approach.

Many panic sufferers still find themselves experiencing difficulty despite such breathing or meditation exercises. For this group, there is a growing number of apps and software out there specifically designed to help. One such app is AnxietyCoach.

AnxietyCoach comes highly recommended by many medical professionals and works by helping the sufferer to walk through their persisting anxieties and become less anxious by becoming an observer rather than a sufferer that is simply stuck along the ride. CBTs or cognitive behavioral therapy approaches are used by the app, and many options for personalized approach are right at the sufferer’s fingertips. The app also utilizes some very helpful anxiety-tracking tools as well.

CPT Coach is another highly-rated app for panic disorder and anxiety sufferers. In this app, the user can benefit from cognitive processing therapy, or CPT, as well as enjoy a session-by-session approach to tackling their symptoms and becoming educated about them all at once. Teens and adults, as well as those with PTSD, are the intended users of this free app. 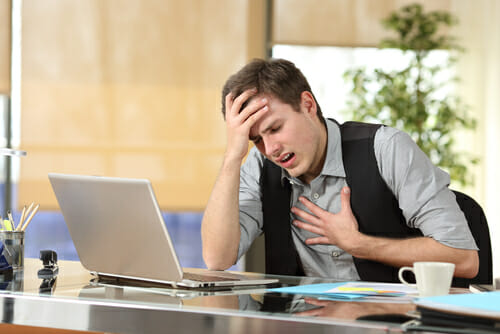 A person with panic disorder could keep a journal of their symptoms. This could help with the identification of triggers that lead to panic attacks. For example, a person might notice that they have more panic attacks when they did not sleep well the night before. People with panic disorder should also ask their family members if anyone else in the family has an anxiety disorder. Scientists believe that anxiety disorders may run in families, and having an immediate family member with it may increase one’s risk.

Stressful situations are another trigger for those predisposed to panic disorder or panic attacks. Likewise, stimulants such as certain drugs and even foods containing caffeine can provide a major trigger for panic episodes. Unless the sufferer knows for certain that these stimulating elements are not triggers for them, these should always be avoided.

For those seeking additional help and information about panic disorder or other, related disorders, there are a number of excellent resources found online that are devoted to the subject. The following professional organizations can offer such additional help.

Anxiety and Depression Association of America

ADAA, or the Anxiety and Depression Association of America, is a leading professional association devoted to anxiety and depression issues and their understanding. Here, anyone can inquire about these conditions and seek various forms of educational materials on the subject. This group has been active for over 40 years and is highly trusted throughout the medical community.

The American Psychological Association is the leading mental health professional association. While this organization is dedicated to all forms of mental health issues and wellness, it is also highly trusted for its resources in panic disorder and anxiety disorders. From publicly-accessible research and databases to links to specialized professionals and more, an abundance of resources can be found here.

The National Alliance on Mental Illness is yet one more leading organization for those working with or suffering with various forms of mental illness including panic and anxiety disorders. NAMI began in 1979 and is known for its tenure and relevance in the industry. All are encouraged to visit this group’s website for a wide range of resources into the subject of panic disorder.

Although there is no way to prevent or cure panic disorder or any other anxiety disorder, there are ways to manage the symptoms and lessen the impact that the condition has on a person’s life. Understanding panic disorder and how it affects a person could help a family member, healthcare provider, counselor or social worker provide enhanced care to the affected person. Knowing the answer to the question, “Can panic disorder be cured?” could also lessen the family member’s, friend’s or provider’s frustration over the affected person’s symptoms.