Home » Frequently Asked Questions About ABA » Can OCD be Cured?

Can OCD be Cured?

Obsessive compulsive disorder (OCD) is a mental health disorder characterized by intrusive thoughts and disruptive coping mechanisms that diminish overall quality of life. Severity and manifestation of symptoms vary between diagnosed people and it is possible for these factors to change over time. While there are many ways to address and manage OCD, there is currently no permanent treatment. Current treatment measures center around managing immediate symptoms and providing individuals with the tools they need to manage it in their daily life.

Many people can express obsessive compulsive behavior and other hallmark symptoms of the condition without actually having it. Temporary emotional strain or other mental health concerns, like schizophrenia, can present similar signs. The first step in seeking treatment for OCD is to get a formal diagnosis from a licensed professional. This establishes a foundation for treatment, as it helps the individual grasp and accept the condition so they can start moving forward. Medication may be prescribed to manage severe symptoms, but is generally not a long-term solution on its own.

There are many forms of cognitive therapy, but all of them center around a methodical approach to help patients gain greater awareness of their mental processes. As a practical and direct strategy, cognitive behavioral therapy (CBT) is one of the most effective tools psychologists have to help their patients manage OCD. This kind of therapy helps build mindfulness of thoughts and feelings resulting from trigger scenarios, like social anxiety or phobia, according to the Anxiety and Depression Association of America. It motivates the patient to question strong feelings of fear, doubt and guilt when they arise. These feelings are natural in some situations, but can be disruptive and distressing when experienced over prolonged periods. 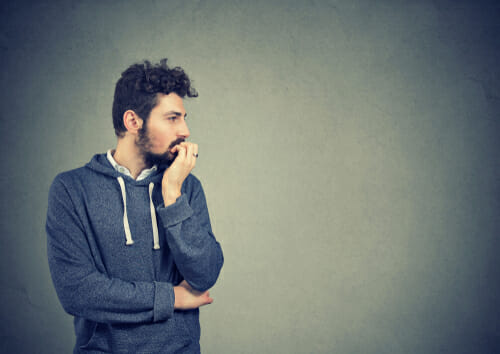 To better understand obsessive compulsive disorder, a wide look at the possible symptoms and indicating behaviors many with OCD exhibit can be very helpful. In general, OCD is a condition that causes the sufferer to, as its name suggests, act and feel more obsessively or compulsively about certain things than what is typically seen in most other people. One great example of a more commonly-seen OCD manifestation is that of the OCD preoccupation for cleanliness. A person with such a cleaning OCD might then obsessively clean and think about cleaning to the point that it preoccupies much of their time while truly, in reality, it’s no longer needed.

Another more commonly-seen form of OCD manifestation is that of hoarding. Hoarding is the continual behavior of accumulating and saving things that is far beyond what is typically seen in most people. Hoarding can therefore usually be identified by an unhealthy and far out-of-the-ordinary accumulation of possessions as well as mental preoccupation for that continuous, compulsive accumulation.

Hoarding and cleaning OCD are just two types of OCDs, and there are many more. Additional examples of OCD behaviors can include hand-wringing, picking at the skin or wounds, checking light switches or similar items repeatedly and without satisfaction, and even locking and unlocking a door lock hundreds of times. Because the number of concepts that one can potentially become OCD with are practically unlimited, the types of OCDs various people experience also show no bounds.

Unfortunately, there are a variety of factors that can cause or help to bring on Obsessive Compulsive Disorder. The Mayo Clinic is a leading medical authority, and according to the clinic, there are three, contributing risk factors to the onset of OCD as well as three, direct causing factors.

Direct causing factors listed by the medical pros include biology, genetics, and a psychologically “learned” causer. Biologically, one’s own body chemistry and brain function, or changes within them, can directly result in OCD occurrences. Next, genetics can directly cause OCD if someone is sort of “pre-wired” for it. Finally, the pros list continued obsessive thoughts and similar, psychological reasons as a direct cause of OCD incidence.

As to the known risk factors, family history is a significant one. This can lay the path to OCD via genetic or learned means. Additionally, stressful life events and mental disorders are the other, two, known risk factors listed by the medical experts.

In understanding OCD, it can also be very helpful to know of several of the often-confused conditions that can appear to be OCD but that are actually some other condition entirely. The following are some of those conditions most often confused with obsessive compulsive disorder.

It can be easy to see why a feeding or eating disorder could be confused with obsessive compulsive disorder. Both conditions display very similar, obsessive leanings and can be very disruptive to a healthy, normal everyday life. However, feeding/eating disorders are often their own conditions, separate from OCD itself.

ADHD, or Attention Deficit Hyperactive Disorder, can also display symptoms that might make the layperson think that OCD is at play. ADHD is often marked by fidgeting, continuous and often misguided behaviors, and other, similar attributes. While ADHD is a psychological risk factor for developing OCD, it itself is a totally separate condition.

BDD, or Body Dysmorphic Disorder is yet one more condition that can be mistaken for OCD. With BDD, the sufferer becomes overly preoccupied with their bodily image and can become incredibly preoccupied in activities trying to control their bodily perception and/or their body shape and size. Again, this is a condition that is separate from OCD but can appear close enough that a medical professional is the best option for making a true diagnostic determination.

There are many forms of cognitive therapy, but all of them center around a methodical approach to help patients gain greater awareness of their mental processes. As a practical and direct strategy, cognitive behavioral therapy (CBT) is one of the most effective tools psychologists have to help their patients manage OCD. This kind of therapy helps build mindfulness of thoughts and feelings resulting from trigger scenarios, like social anxiety or phobia, according to the Anxiety and Depression Association of America. It motivates the patient to question strong feelings of fear, doubt and guilt when they arise. These feelings are natural in some situations, but can be disruptive and distressing when experienced over prolonged periods.

Repeated exposure to stress-inducing and trigger factors in a controlled environment is another common way to manage the severity of OCD symptoms. Essentially, this process is desensitization conditioning that helps the patient resist the urge to avoid the stimuli or perform compulsions as a result. Sessions can be either real or imagined, with imagined exposure often serving as a precursor for those struggling to engage with the real thing right away. Exposure therapy can be a transformative process for those with crippling phobias, like fear of germs or social interaction.

While it’s never recommended to only rely on self-management techniques to overcome the symptoms of OCD, it is an essential component in any long-term treatment plan. That’s why most therapies focus on helping patients develop mental skills and emotional fortitude that will help them in the future. Adults diagnosed with OCD should talk to their therapist about appropriate exercises and habits to adopt in their home life that will aid in their recovery efforts. Specialized spouse and family counseling can also help patients create an effective support network at home. 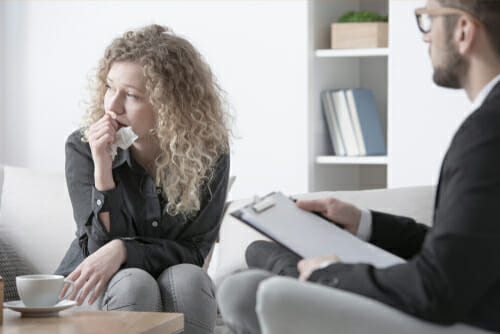 When it comes to effectively managing and treating OCD, there is a very clear list of things that the experts insist the sufferer should avoid. These elements can make recovery and improvement much harder. As such, those working to improve their OCD condition should always avoid the following.

Families and friends alike can play a vital role in the overcoming and management of OCD in their loved ones. This is because the support they can offer is as strong as any other available out there. But what are some of the best ways family and friends can go about supporting their loved ones with OCD for the positive? Here are some important tips to keep in mind.

Unfortunately, the perils for those with untreated OCD can be many and costly. For example, those with long-term, untreated hoarding OCD often become overcome with possessions, a subsequent unhealthy and unlivable home environment, resulting health ailments, and even the threat of home loss due to local ordinance violations or even simple home deterioration. Untreated OCD geared toward hand washing, as another example, often leads to dangerous skin conditions such as open sores and wounds and numerous dermatological diseases. As such, the concern that untreated OCD can become a real danger is a real and legitimate one. Those with OCD should always seek treatment or some form of management approach in order to avoid further complications that often need very little time to themselves develop. 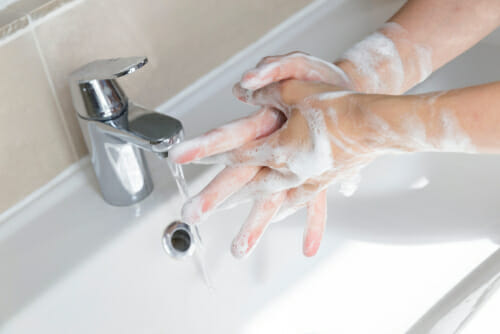 Can OCD be cured? This is certainly the chief question many have of the many medical professionals that regularly work to treat this condition. In one sense, the great news is that, yes, Obsessive Compulsive Disorder can be cured. With some work and devotion on the part of the sufferer, and in many cases, the guiding help of a medical professional, OCD can be cured. This does not mean, however, that it’s impossible for it to come back at some later point. While being “cured” of OCD is a real possibility, those who have experienced it in the past are much more likely to experience it again, and as such, must take great precautions to avoid risk factors and other, potential causing factors in the future.

On the other hand, there is no instantaneous cure-all pill or procedure that can just dissolve of an OCD condition. Can OCD be cured by better, quicker means like these in the future? It may be possible one day for science to offer a more instantaneous resolution for OCD conditions, but as for now, the only cure is through some very conscious work and dedication on the part of the sufferer to overcome their particular OCD. Through this, OCD is absolutely a curable condition.

There are a number of excellent resources out there with which to seek more information and even expert help with OCD. The following organizations are highly recommended for their expertise with OCD specifically.

Millions of people live successful and satisfying lives despite suffering from a formally diagnosed mental health disorder. There may not be a cure for OCD, but that shouldn’t stop anyone from seeking therapy so they can start mastering the condition and take back control over their lives.