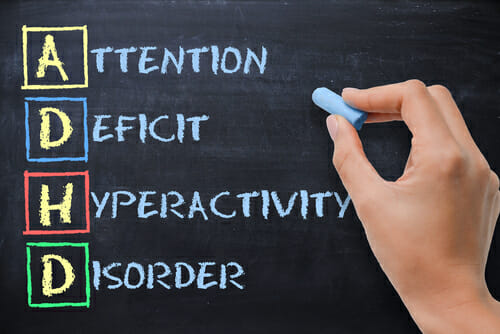 What Are the Symptoms of Attention Deficit Hyperactivity Disorder ADHD?

Most people learn they have ADHD after displaying the symptoms of the condition. It is important to note that while fewer symptoms may manifest as a person gets older, the adults who have ADHD symptoms can sometimes manifest fairly severe ones. This makes functioning in the adult world difficult at times for those with attention deficit hyperactivity disorder.

Unfortunately, many people don’t know they have it. They just know that their everyday life is challenging. It is difficult to go about ordinary tasks. They miss deadlines at work or are chronically disorganized and late everywhere they go. They may make careless mistakes.

For kids who have attention deficit hyperactivity disorder ADHD, life can also feel challenging. These kids may get into trouble for having behavioral issues. Schoolwork presents big challenges. Their patience is non-existent at times, making doing schoolwork nearly impossible. It’s important to remember, though, that while it may be frustrating for the adults and family members around them, life is also very frustrating for the kids who have the condition.

It can be especially frustrating if the child hasn’t receive a diagnosis yet. Without a diagnosis of attention deficit hyperactivity disorder ADHD, it seems to people on the outside looking in that these kids are purposely misbehaving, and that isn’t the case.

It’s often the symptoms of ADHD that finally allow the children and adults who suffer from the condition to get a diagnosis of ADHD from psychologists or other mental health professionals. Here’s a look at how those symptoms might manifest. 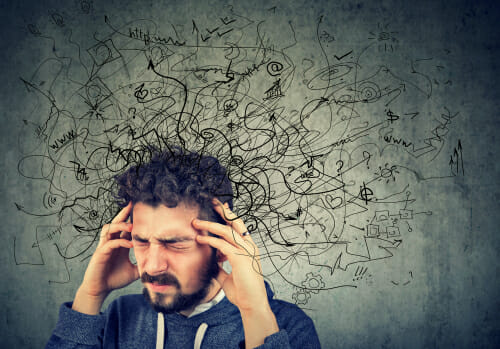 The person with attention deficit hyperactivity disorder may:

What’s also important to note here is that everyone has challenges with these symptoms occasionally. What makes the person with ADHD different is that ADHD affects them throughout life and are usually manifest in childhood. The symptoms are chronic.

Finally, some people have trouble getting a diagnosis of ADHD because the condition manifests symptoms that are present in other mental health conditions, like mood disorders, as well.

The exact cause of ADHD is unknown. However, researchers and scientists do have some ideas about what might possibly cause the condition, and like many chronic conditions, it is believed that a number of factors can lead to ADHD.

First, it is believed that the anatomy and function of some people’s brains make them predisposed to having ADHD. Studies show that in people who manifest the condition, there are lower levels of activity in the portions of the brain that control the person’s activity level and attention span.

Second, people who have experienced head injuries seem to be more prone to getting ADHD than those who haven’t experienced the same head trauma. On a related note, environmental toxins, like lead, can also lead to symptoms of ADHD, and children who had prenatal exposure to nicotine or alcohol often exhibit the symptoms of ADHD.

Third, it also appears that attention deficit hyperactivity disorder is hereditary in some. Often it is a condition that several family members share. A child who has a parent or parents with ADHD has a one-in-four chance of developing the condition. When a parent is diagnosed with the condition, the child is often diagnosed as well.

Finally, many believe that attention deficit hyperactivity disorder is caused by allergies, additives in food, high sugar consumption and immunizations. However, there is no evidence to suggest that this is the case.

While the information in the previous paragraphs doesn’t necessarily answer the question of whether ADHD can be cured, it does point to some of the possible causes. Knowing those provides doctors and scientists with some of the knowledge they’ll need to eventually find a cure for the condition one day.

Understandably, having ADHD can causes some fairly significant effects on a person’s life. Because the condition affects the brain, it affects a person’s whole life, including their mental health condition. Important decisions get made through the lens of attention deficit hyperactivity disorder. Human interactions, for good or for ill, are made through this lens as well, as do work and financial decisions.

Here’s a more specific look at how people who have ADHD experience the world. Some will experience physical and mental health problems. The person with ADHD may feel the need to eat compulsively or abuse substances. Some of these addictive behaviors stem from the person trying to calm feelings of stress and anxiety.

Additionally, when it comes to seeing a doctor about this issue or others, the person with ADHD may skip appointments or forget a regularly scheduled checkup. If the person does make it to the doctor, he or she may still forget to take prescribed medications or ignore the instructions the doctor sent.

Relationships with friends or relatives

The difficulties for the person with attention deficit hyperactivity disorder continue at work. It’s often difficult for people with ADHD to keep track of their finances or to feel a sense of achievement in their careers, due to their trouble with concentration and impulsivity. Paperwork may get lost and bills may go unpaid. Too much of this causes long-term financial trouble for many.

For those suffering from ADHD, the long-term effects of the condition can cause feelings of hopelessness, embarrassment, disappointment and frustration. Many people with the condition only find some relief once they receive an ADHD diagnosis and a treatment plan is implemented. It’s only then that they’re able to see that the condition is just that: a condition and not a character flaw.

Consideration of the Elements of ADHD 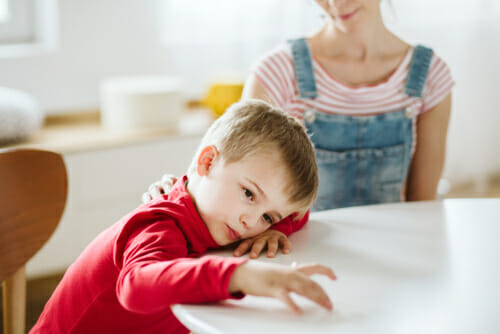 Before discussing whether ADHD can be cured, a consideration of the elements associated with the disorder is helpful, according to the National Institute of Mental Health. As mentioned a moment ago, inattention is one of the afflictions of a person with ADHD. Inattention is illustrated by a person who wanders off task and lacks persistence. Inattention means that a person is disorganized and lacks focus. In the case of a person with ADHD, these issues are not the result of a lack of comprehension or defiance.

Hyperactivity is defined as a person who moves about constantly. This includes movement in situations in which it is not appropriate. Movement is broadly defined and means getting up and moving about but also fidgeting, talking, tapping, and similar activity.

Impulsivity is defined as making hasty or impulsive actions that occur without initial thought. These actions may seem to provide immediate reward or so-called “instant gratification.” In some instances, these actions can have a high potential for harm. Little or no consideration is given to long-term consequences. These types of hasty or impulsive actions have a real propensity for interfering with others.

Is There an ADHD Cure?

The question at the heart of this discussion is, can ADHD be cured? In a word, no. There is no known cure of ADHD at this time. With that said, there are treatments available that control the symptoms of ADHD. 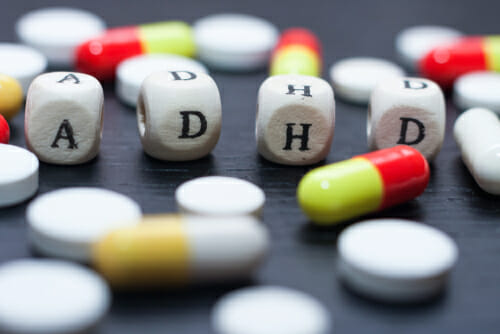 Medication is widely used as an ADHD support. There are a number of different types of ADHD medications used in treatment. These medications are classified as stimulant and non-stimulant treatments.

Non-stimulant medications used in the treatment of ADHD include:

While there is no cure as of yet for ADHD, there are a number of ways that a person with this condition can learn to cope with it, besides behavior therapy and other options. This section deals with coping skills that help people deal with the issue. People who deal with it successfully may use these skills in tandem with medications and behavioral therapy.

To begin with, it’s nearly impossible to learn to cope with ADHD if the person who has it has not accepted the diagnosis. Many still ask themselves “Can ADHD be cured?” long after they find out they have the condition.

While it’s not wrong to be hopeful about the prospects of finding a cure for ADHD one day, it’s also beneficial to accept things as they are. It’s exhausting to fight against the condition. It takes up energy that can be better used elsewhere.

In order to better cope with the condition, some who experience ADHD symptoms keep a master list of their ideas and upcoming tasks they’d like to get done. They write them down in a little book and carry the book around with them.

Anytime ideas or worries pop into their heads, they can write them down in the book. This ensures that the idea isn’t forgotten. It also ensures that no appointments or bills get missed.

Some people will even go to great lengths to ensure that the master list notebook stands out. They may choose a book that’s neon orange or that has superheroes on it. Such measures allow them to find it in the clutter because it stands out.

Many times, people who have ADHD get caught up in activities that excite them, forgetting important tasks, including eating, sleeping or going to the bathroom. Sometimes, the only way they remember to do these activities is to write them down in their planners.

Built-in organizational hacks are another way to get the job done. Some people with ADHD will make storage systems that allow them to stash items together in a logical way. For example, they may make a place for crafts stuff where they store tape, paper, scissors and more. Each time the item gets used, it gets put back into the same spot. All of the items that get stored in this spot are related to one another in some way, making it easier to remember where to put them when the time comes.

Practicing meditation or yoga also helps those with attention issues, as well as other mental health problems. These activities force them to focus their minds, allowing them to face their problems with a fresh outlook. On a related note, many feel the need to get active. This is also helpful because it blows off steam. Activities like running, walking, dance or weightlifting, boost health and help to develop concentration.

Finally, it’s nearly impossible to cope with ADHD without support. Therapy can be an excellent means of mental health support, but support shouldn’t end there. Connecting with family and friends is helpful. It’s also helpful to find support groups that deal specifically with ADHD. Meeting up with like-minded individuals allows people with the condition to feel less isolated and alone.

Can ADHD be cured? Final Thoughts

Despite the lack of a cure for ADHD, the available treatment options can prove effective at controlling symptoms of the disorder. Individualized treatment plans can be crafted for an individual patient. Utilizing a specific treatment option, or a combination of them, can make everyday life more manageable for a person with ADHD.

This concludes our article on the question: Is ADHD curable?